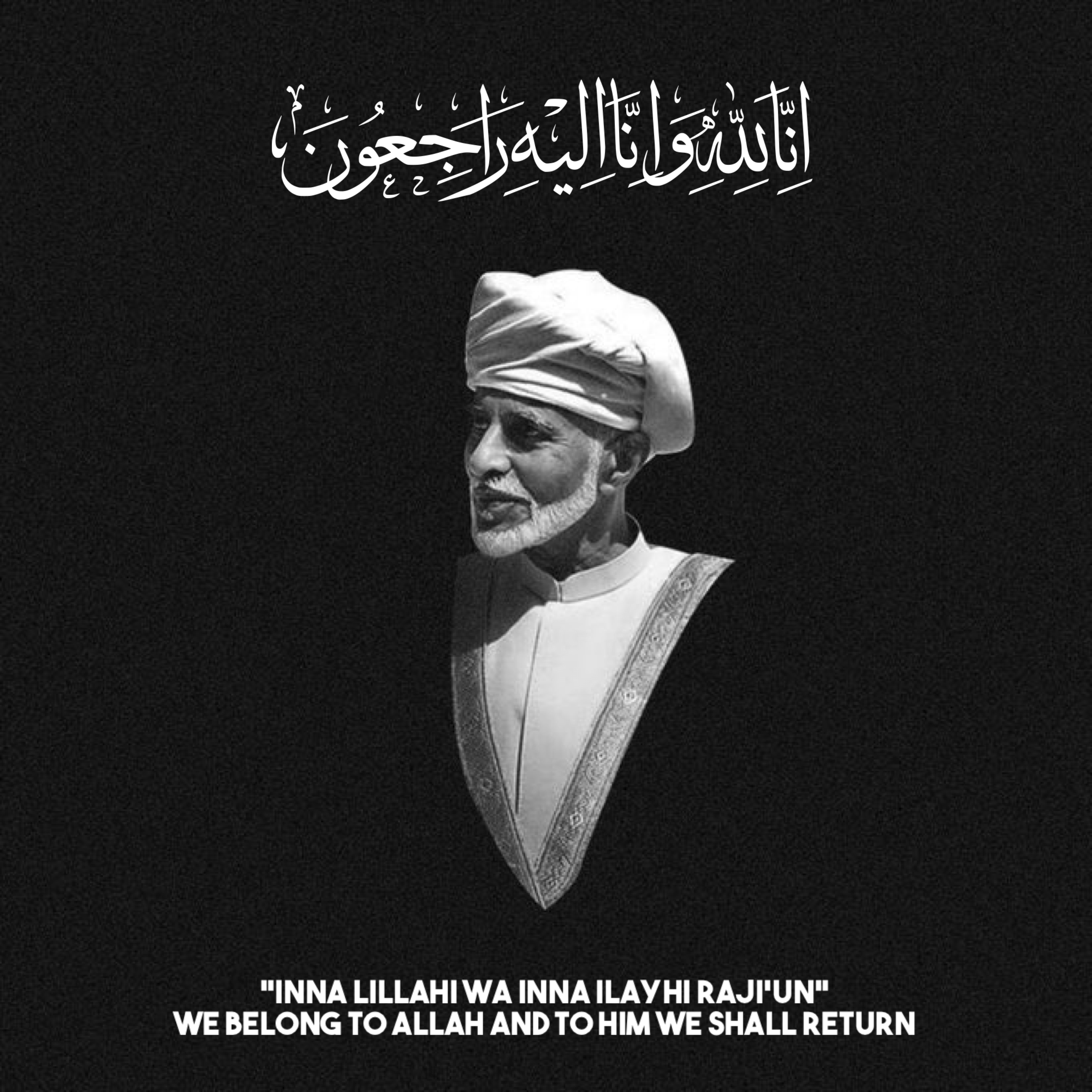 National Museum Trip
The Pharmacy Department organized a trip to the National Museum on the 24th of December as part of its commitment to sustaining a positive organizational climate for its staff. The Museum
View More College News 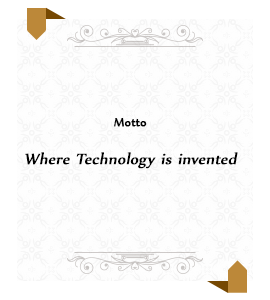 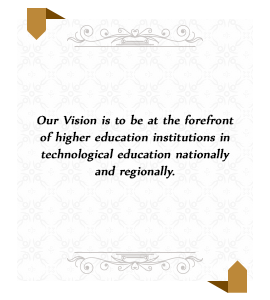 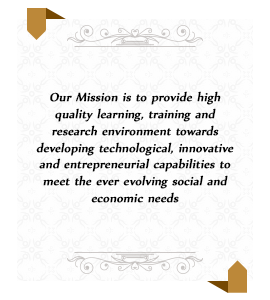 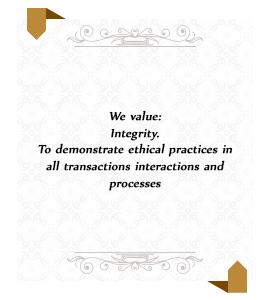 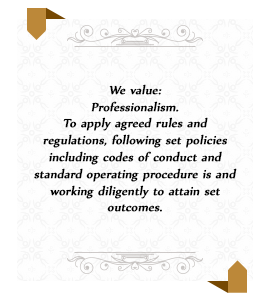 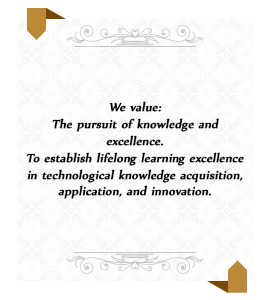 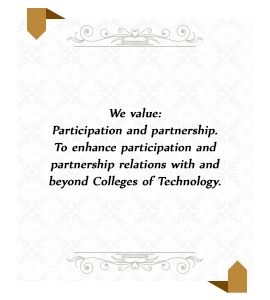 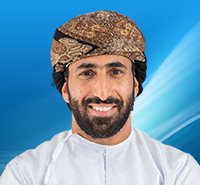 SCIENCE CLUB is a student gathering, established in 2007 by a group of students who were interested in scientific innovations as well as in spreading a culture of interest in scientific matters. It is one of the active clubs in the Higher College of Technology. Before the end of every semester the members of the club come together to produce a plan for the programs to be conducted in the upcoming semester. In the previous semester the club organized “global warming and climate change” symposium that was attended by distinguished guests from HCT, SQU and the Omani Society for Environment.

The club is also frequently invited to participate in major events run by local universities and colleges such as “Open Day” in Oman Medical College and Physics Open day in SQU. A number of events are planned to take place this semester including the launch of Science Club magazine and organizing students’ projects exhibitions. Membership in the Science Club is open to all HCT students. You can always get in touch with the coordinator. 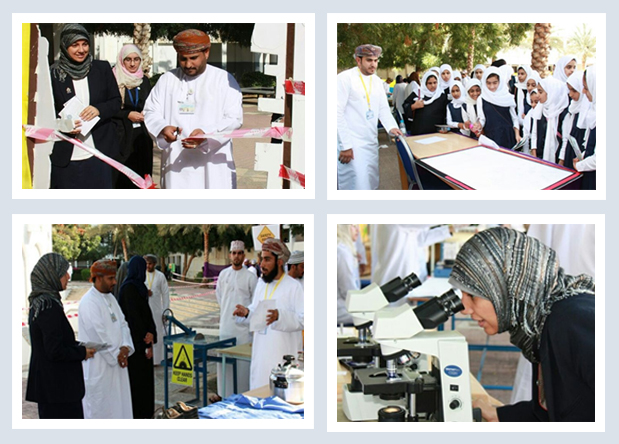 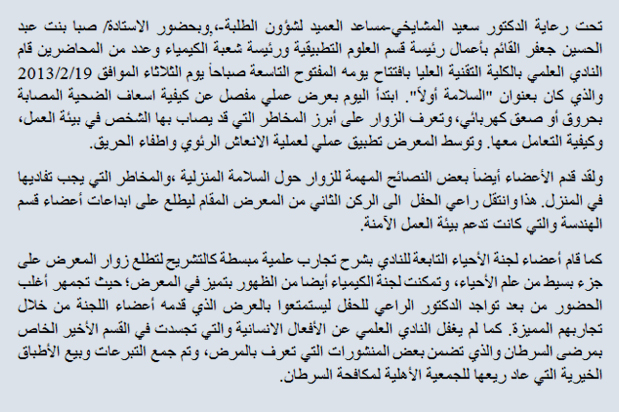 The Academic Year 2010/2011 was an eventual year for the members of the Science Club. The club worked in two directions; significantly contributing to the events and programs ran by national colleges and universities, as well as organizing and managing events in Higher College of Technology.

On the 15th of November 2010, the Science Club members presented their innovative works to Sultan Qaboos University Physics Open Day. They impressed other participants and were praised for their talents. Following such a pleasant contribution the club was invited to Oman Medical College Open Day and once again the club enjoyed their experience and shared their knowledge and skills.

At the college level, the Science Club on the 13th of February 2011 invited internationally reputed scientists from Sultan Qaboos University and the Environment Society of Oman as well as from our own college HCT to present their insights to the students and lecturers of HCT regarding the issue of “Global Warming and Environmental Change”. The overwhelming response from the audience was a stimulus for the members to do more of such informative and educational symposiums.

At the end of the academic year, it was the time of the members of the Science Club to reflect on the year, evaluate their actions and reactions and celebrate their achievements. The 13th of June 2011 was the 2010 hallmark, where all the members of the club came together along with the Head of Applied Science Department and lecturers to pay tribute and honor those active members in the club. Mr Russell Diona was also present to advise, encourage and inspire the students to do more socially and academically. The ceremony was closed with the HOD distributing the certificate of appreciation to the members of the Science Club.

The Global Warming and Climate Change symposium was held on the 13th of December 2010. The date coincided with the international summit of world leaders on global warming that was running in Mexico. The symposium was organized by the Science Club, which is under direct supervision from the Applied Science Department, represented by its Student Activity Coordinator. The event started at 6.00 pm in the MPH through a lecture presented by Dr Salim Al-Rawahi about History of Climate Change. Dr Al-Rawahi is an academic from Sultan Qaboos University.

Dr. Ahmed Jaafer, the Vice-President of the Omani society for Environment, presented the third lecture about individual responsibility toward the phenomena of climate change. His lecture was well received and witnessed overwhelming interactions as well as a sense of guilt regarding our short-coming in combating the problem.

Time was also allowed for the audience to ask our guests. Responses to questions were delicately administered reflecting the wide knowledge and experience of our international well-known guest speakers.

The Science Club efforts in making the symposium happen

The symposium sent delights to HCT staff and students who with enthusiasm congratulated the Science Club members for the good organization of the symposium and for the quality of lectures presented.

Indeed, the symposium was preceded by exhausting efforts and time taken for planning and organization carried out by the members of the Science Club. The event was originally scheduled for December 2009, just after the Copenhagen Summit. However, it was delayed a number of times due to procedural issues.

At the start of the first semester 2010, the date was set for symposium to be held on the 11th of December 2010. The President of the Science Club obtained permission from the Student Affairs to run the symposium in November 2010. The guest speakers of the symposium were conducted via emails and phone by the Science Club president and the Student Activity Coordinator with help from the Head of Environment section. Initial approvals were obtained from the guest speakers to participate in the symposium. However, the set date of the symposium was affected by the national holidays of the New Year (7-11/12/2010). As a result, the symposium was postponed to the 13th of December 2010. On the 4th of December, the physics coordinator, in charge at the time of the Applied Science Department when the HOD was away, was notified about the change on date. On the same day, invitation letters stamped and signed by the physics coordinator were sent to the guest speakers. Invitation cards were also in preparation for HCT staff awaiting confirmed participation from the guests before they were distributed. Once responses received from our guest speakers and work resumed in HCT after holidays, invitation cards were distributed to HCT staff, few days behind the scheduled time.

On the 13th of June 2011, the Science Club held their closing event for the Academic Year 2011. The event started by a welcoming address by the members of the Science Club, Mr Majid Al-Busaidi and Shamim Al-Yahyai. Then, the activities of the club throughout the Academic Year 2010/2011 were tape-reviewed using the LCD projects. It was the time for the members to ponder on the nice memories they have spent in their club. This was followed by a lecture presented by Mr Russll Diona from the Department of Information Technology. The lecture was titled “The Perfect 5”. Five perfect elements on how to be a good student was elegantly laid out to the hypnotized audience. They were hypnotized by the charming way of Mr Russell in delivering his ideas on the perfect 5.

After that, it was time for the members to acknowledge the work of one particular little “Scientist” who has widely participated in national and international innovative competition. Mr Shihab interviewed Mr Khalid Al-Harthi to get inside his creative mind. Mr Khalid had the interest and curiosity in dismantling electronic and mechanical objects to discover its elements since he was nine years old. His invention of the “school organizer” owns him awards of a number of national awards. Among many, he also invented the mobile-phone distance detonator. Mr Khalid ambition is up to the sky and he aims to be an internationally well—known inventor.

Finally it as time for the members to have their efforts acknowledged when Dr Samia took the stage to distribute certificates of appreciation to everyone who had a hand in making the activities of the club throughout the year touch the reality. 33 members were honored by the Head of the Applied Sciences Department. Upon completion of the ceremony, Mr Ahmed Al-Mamari, the Student Activity Coordinator, thanked the Head of the Department for her continuous support for the activities of the Science Club. He also thanked the efforts of the members in making their experience in the Higher College of Technology a memorable one. Mr Ahmed, also mentioned that their involvement in the club will help them to foster their social skills and will assist them in their pursuit for a job after graduation.

About Higher College of Technology

The Higher College of Technology (HCT), before being renamed and upgraded as such in 2001, was known as Oman Technical Industrial College, established in 1984 at the initiative of His Majesty Sultan Qaboos Bin Said to educate the citizens of Oman by implementing high quality programs in various fields. 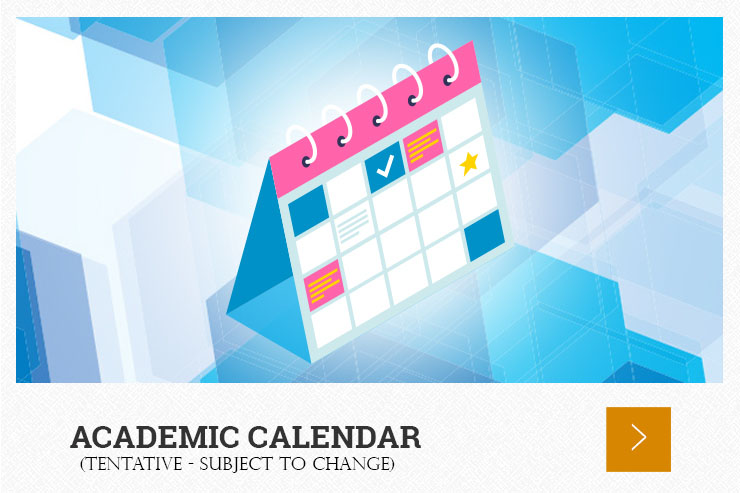 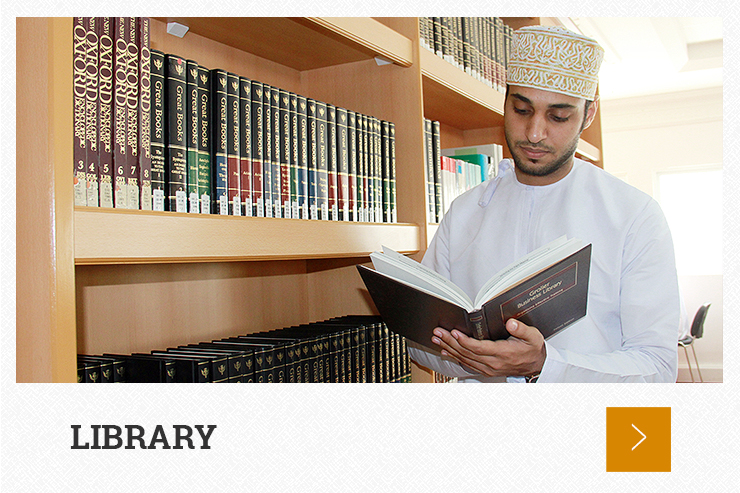 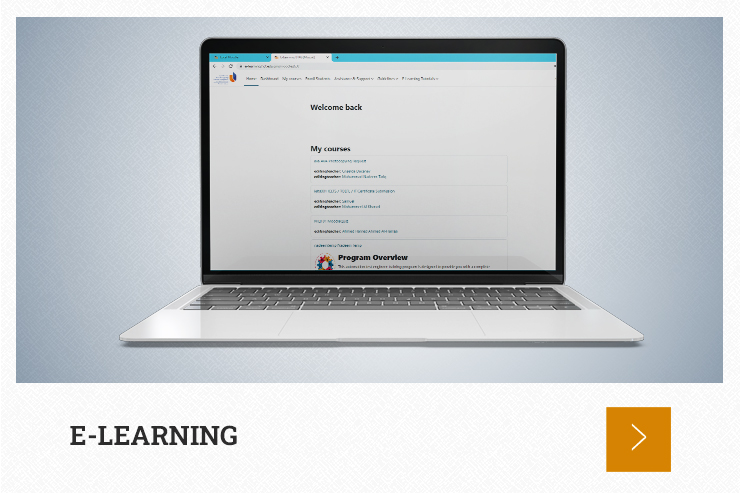 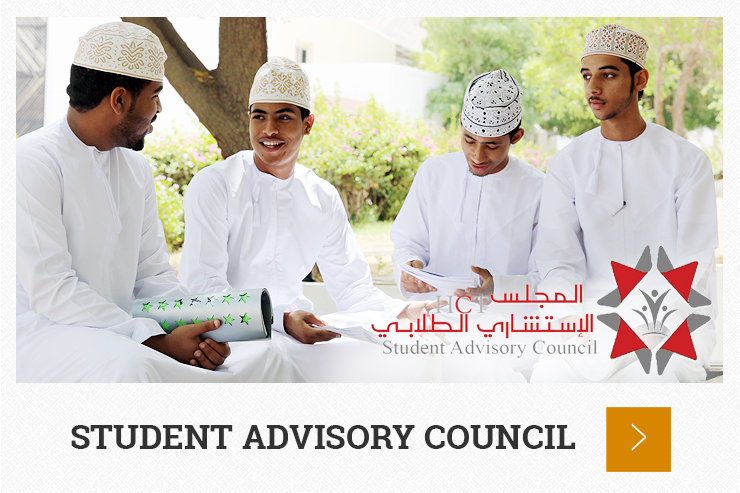 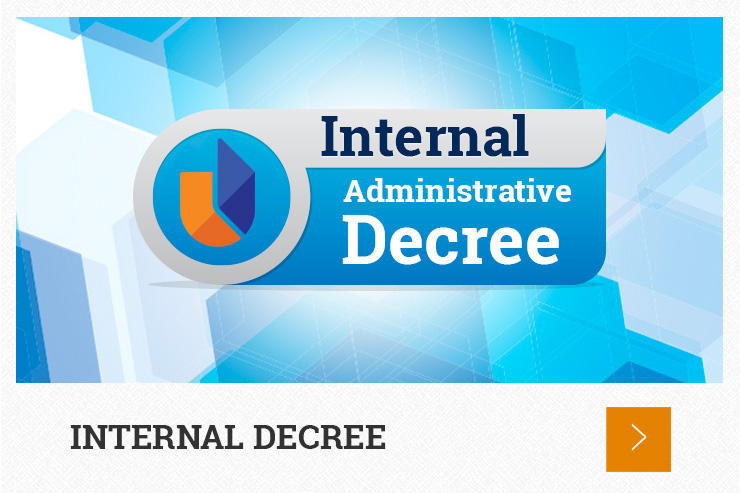 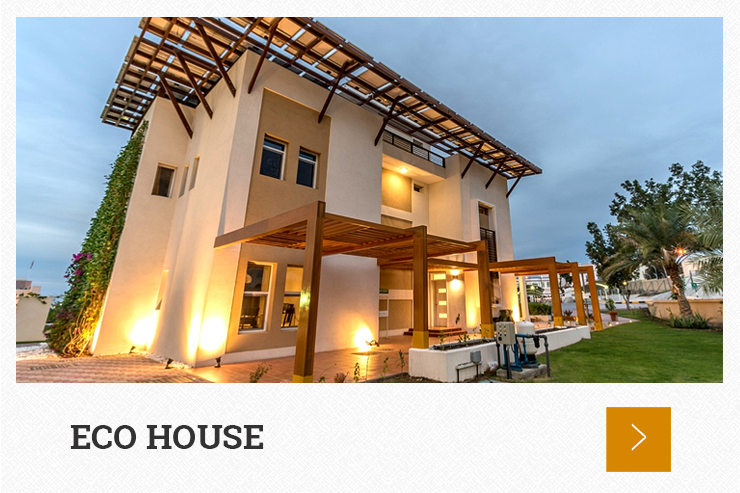 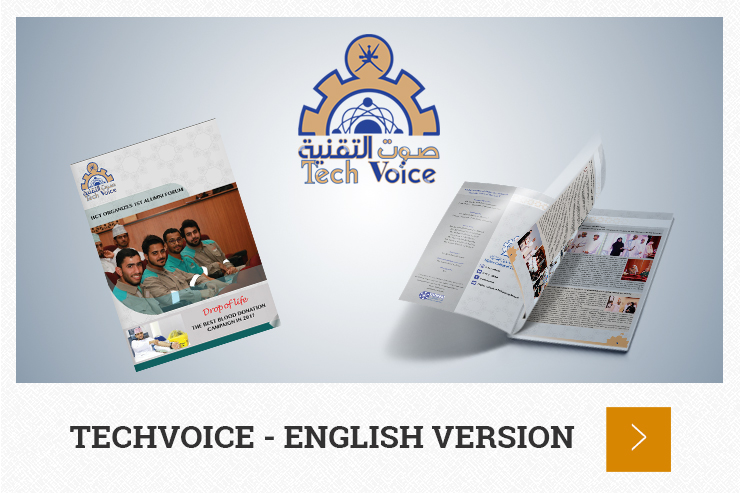 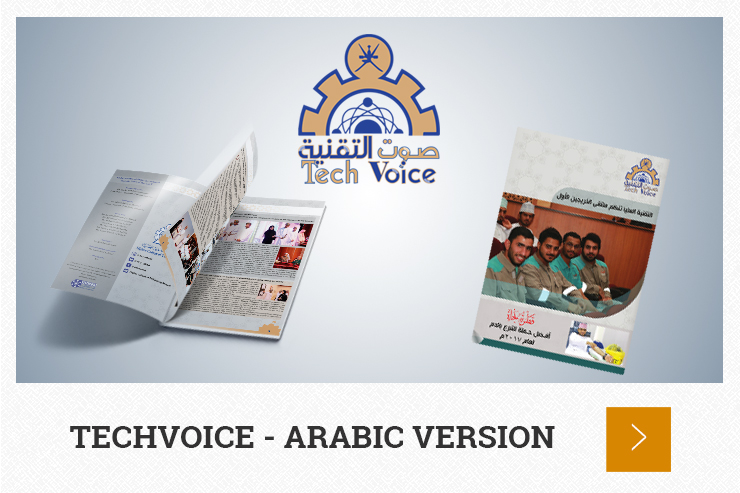 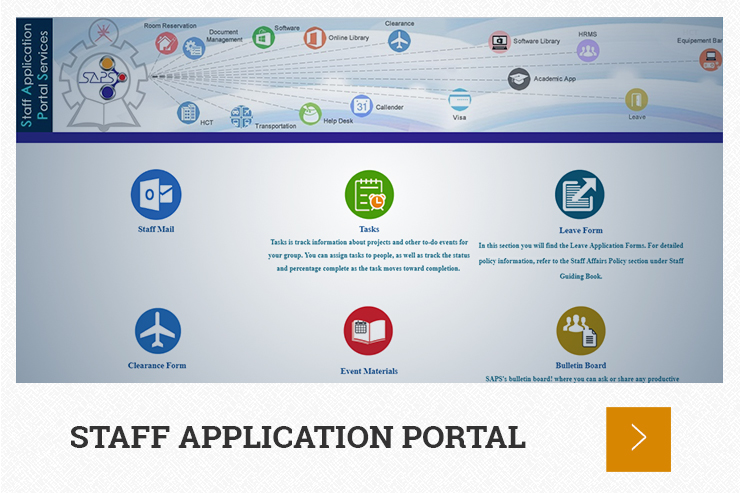 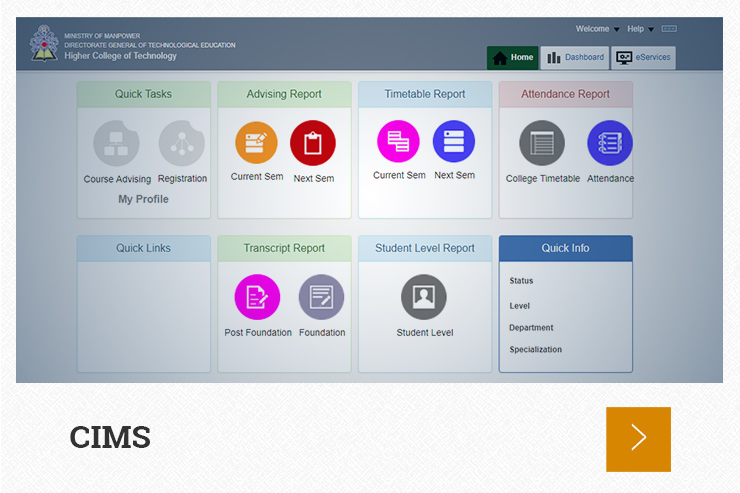 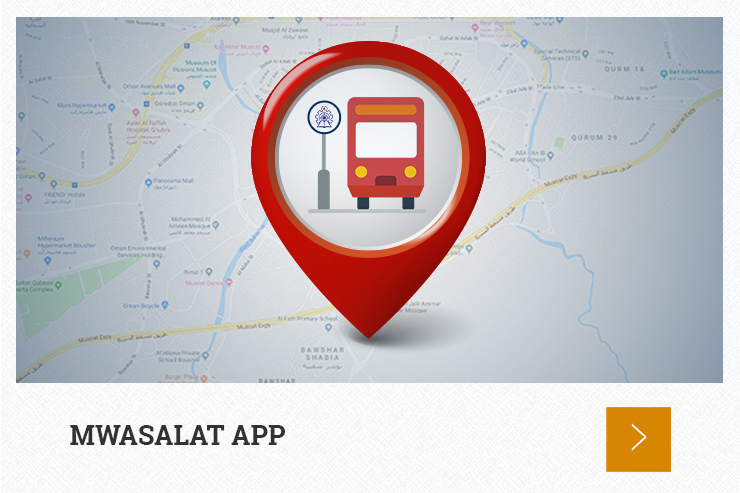