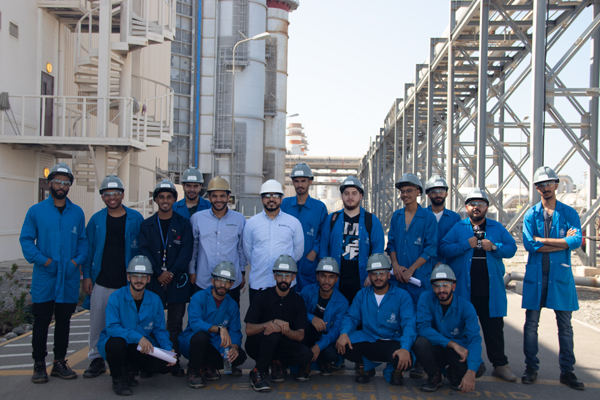 On 16th November 2022, Industry and community engagement and committee under Engineering Departement-MIE Section organized a visit for students from Mechanical and Chemical Engineering sections to ACWA Power Barka 1 Power Plant.

Barka 1 is the first IWPP developed as part of the privatization program of the Sultanate of Oman. It was also the first dual purpose power generation and desalination plant 100% owned by international  and local investors. The plant began commercial operations in June 2003 . This facility contributes 6% of the electricity and 24% of the desalinated water in Oman.

Students got knowledge about the power island which consists of two gas turbines V94.2 Siemens design, and one steam turbine all manufactured by Ansaldo Energeia of Italy. Two HRSG’s with capacity of 436 T / h each delivering HP steam to the steam turbine. The net generating capacity of these machines is 427.36 MW under reference ambient conditions.

In addition, students got the idea about The Sea Water Reverse Osmosis plant and how the operation going in this plant which is located at Barka, adjacent to ACWA Power Barka’s existing plant and is developed as an Independent Water Project on a Build, Own, Operate basis. The total production capacity of the seawater desalination RO-1 plant is 45461m3/day, with 3RO lines, with an individual capacity of 15154m3/day. And SWRO-2 plant total capacity 568826 m3/day with 5RO trains. The both expansions plant meet the projected shortfall in the Sultanate of Oman’s water desalination production capacity, the steadily increasing annual demand for potable water, and support The authority of water in its goal of providing piped water to more than 95% of the population within the next two decades. 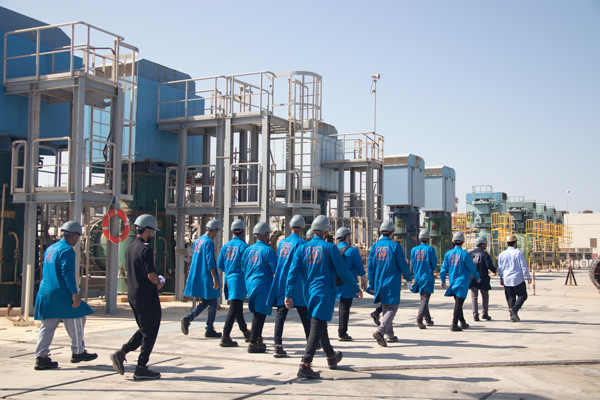 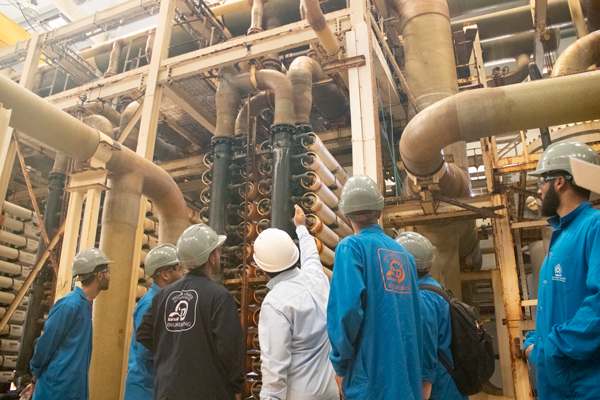 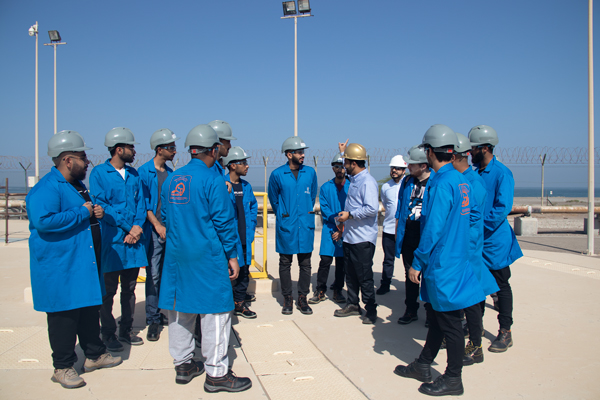 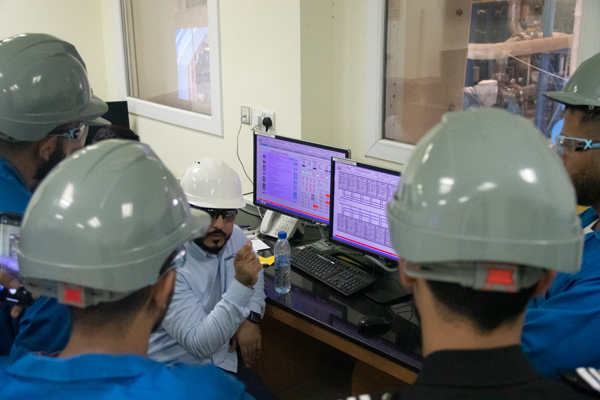